The 9 Best Lobster Rolls in the Bay Area

Summer on the East Coast might mean a few things we don’t have here: months-long sundress weather, jacket-less nights and endless excuses to eat ice cream (to stay cool, of course). But that doesn’t mean that only New England can lay claim to the lobster roll. We’ve rounded up nine of the tastiest butter- or mayonnaise-tossed versions the West has to offer—all of which could easily compete with Maine’s best. 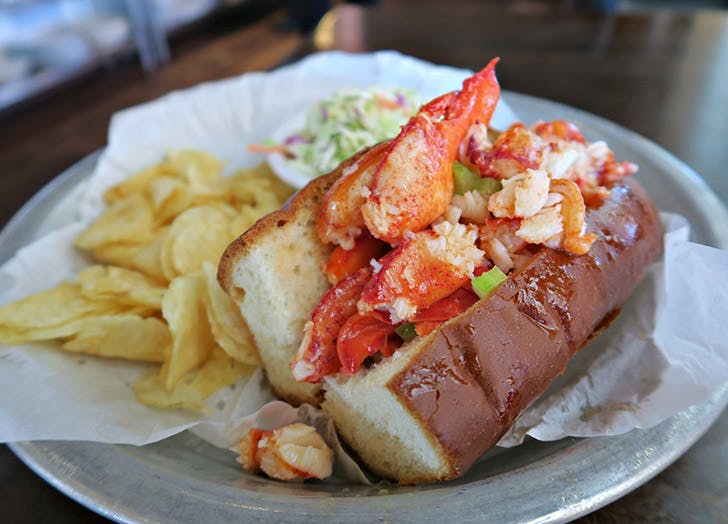 Ever since the Today show named the lobster roll at Sam’s one of the five best in the country, there have been lines of tourists out the door. But the crowded experience is still worth the trip for the Connecticut-style sandwich made with knuckle and claw meat mixed with melted butter and celery—plus the views of the Pacific Ocean that come along with it. Can’t make it down the coast? There’s a roving Chowder mobile that makes its rounds throughout the Bay Area and at the Presidio’s Off the Grid.