News and Reviews: The Daily Meal

Who needs Maine lobster rolls when there are versions this good elsewhere? 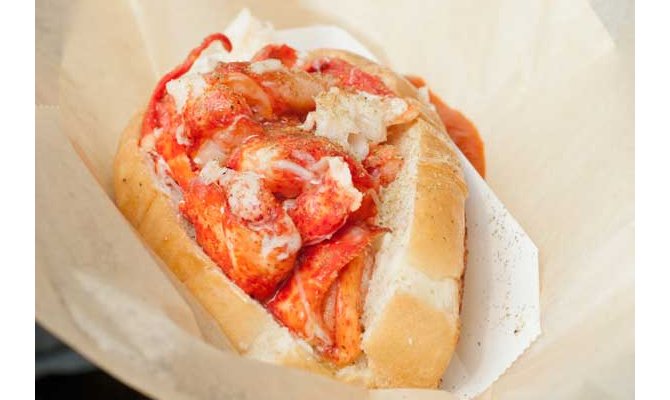 The lobster roll at the Bay Area's renowned Sam's Chowder House is gorgeous to look at, as is the view out over the Pacific.

It's widely accepted that most of the best lobster rolls in America can be found in Maine. Why? There's no shortage of lobster there, for one, and there's something about the sea breeze, the salty air, and the even saltier fishermen who you'll find at the best lobster shacks that make a Maine lobster roll not just an amazing sandwich, but a life-affirming experience. Thankfully, that experience isn't exclusive to Maine, and elsewhere in the country there are not only incredible lobster rolls to be eaten on patios overlooking the water, but at fine restaurants as well.

If there's such thing as a perfect food, a great lobster roll could very well be it. First of all, it's lobster, one of the most gourmet — and delicious — foods in existence, democratized in a sense by removing it from the shell and sticking it inside a bun. The best lobster rolls are ones that boast heaping helpings of super-fresh lobster, kept in large chunks, served warm or cool, moistened with a little bit of mayo or butter, accented with some salt, pepper, and other spices of the chef's choosing (or none at all, but as long as the lobster isn't overpowered there's certainly room for creativity), nestled inside (and on top of and around) a split-top bun that's been buttered and toasted on a griddle. Aside from the sandwich itself, the eating experience is about as decadent as possible, and there are few foods that represent summer quite as much as a lobster roll. What's more, there are two major lobster roll styles to choose from, and both are arguably equally delicious: Maine-style, which is served cold with mayo, and Connecticut-style, which is served warm with butter.

Our journey across Lobster Roll America takes us to a restaurant in Los Angeles that serves a green curry-spiked lobster roll in a jet-black bun, an oyster bar in Philadelphia that ships both lobster and buns in from Maine daily, a shack in Minneapolis that goes through 3,000 pounds of lobster per week, and a sprawling patio in Austin, Texas, where super-fresh lobster rolls are served with a side of drawn butter. Not included in our list, unfortunately, is a study in opulence at New York's Manon, a lobster roll topped with uni and caviar, because it's not (yet) officially on the menu.

Sam's Chowder House, Half Moon Bay, Calif.
The lobster rolls served at Sam's hit all the right notes: First, they're gorgeous to look at, with massive chunks of super-fresh lobster dressed with just a little bit of drawn butter, fresh herbs, and celery, and tucked into a custom-baked bun. Second, the view from the deck out across the Pacific is second to none. Third, it's about as New England an experience as you can get, but 3,000 miles away. With a menu that's brimming with local seafood as well as specialties like cioppino, bacon-wrapped crabmeat-stuffed prawns, and a grilled rib-eye, it's not just one of the best lobster rolls in the Bay Area, it's one of the best restaurants in the Bay Area. 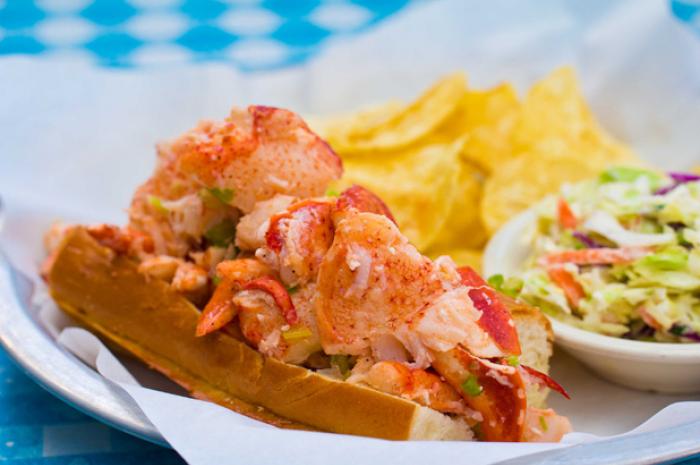