News and Reviews: The Six Fifty

What? The Shuck: The Six Fifty’s guide to getting your oyster fix on the SF Peninsula

From seafood shacks to high-end hangouts, our list for eating bivalves by the Bay 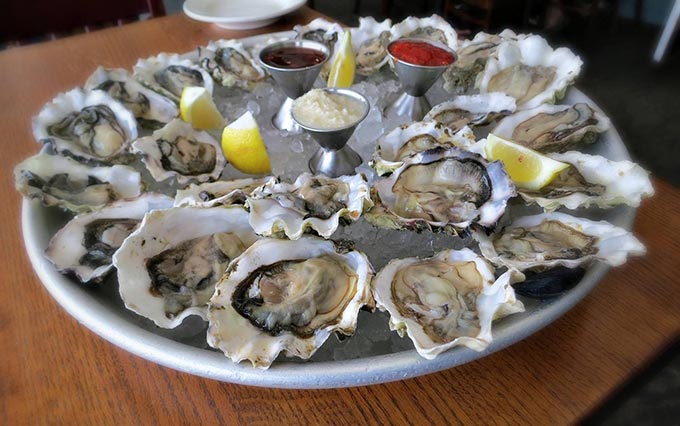 A double dozen at Sam’s Chowder House in Half Moon Bay.

Human beings have been eating oysters since forever. In modern times, these fleshy morsels of the sea have gone from a poor man’s staple to a pricey culinary delicacy, farmed to odd deliciousness and shipped live all over the world for consumption.

Here in the Bay Area, we are —thanks to the mollusk farmers of west Marin—a celebrated spot on the map when it comes to the who’s who of elite oyster-producing. As a food trend, however, oysters have gone in-and-out of popularity over the years, until finally evolving beyond raw bar specialty houses and when-in-Rome seaside fare. Here on the Peninsula, we’ve seen a rising tide of oyster-centric restaurants in the past few years, who like the shellfish themselves, each have their own nuances and characteristics.

So whether you, like us, can easily put away a dozen—or two (or three)—of the briny bivalves, or just want to get a sense for where to get initiated, we put together this handy guide of where to find great oysters at the best venues on the Peninsula.

Scenic is an understatement: the outdoor patio at Sam’s Chowder House on the coast.

A Coastside institution, Sam’s offers up a top-notch raw bar which—according to co-owner Julie Shenkman—shucked over 150,000 oysters in 2017. Their list typically includes about a half-dozen quality varieties, and features a $1 oyster happy hour on Tuesday evenings that draws a large and ravenous crowd. Shenkman is quick to characterize Sam’s as a New England-style restaurant, so a hearty dozen arrives with proper old school accompaniments of fresh horseradish, red wine vinegar mignonette and cocktail sauce. 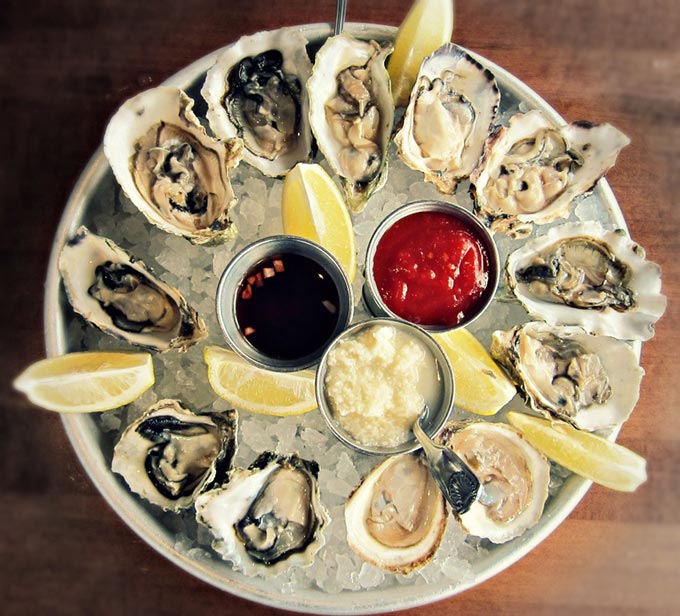 Beyond the bivalves, Sam’s boasts a huge seafood menu, from ceviche to seafood paella (not to mention their highly-touted lobster roll). Even still, the setting itself is most often the star of any visit, as Sam’s sits on a bluff along Highway 1 overlooking Pillar Point Harbor, with sprawling windows in every westward direction as well as ample outdoor seating.

When the Half Moon Bay weather is good, the setting at Sam’s is simply spectacular.