TasteTV is pleased to announce the winners of the

All finalist restaurants have either appeared on Season 1 of TasteTV's "TASTEABLE: California" television program on KRCB in the SF Bay Area and Wine Country, or were researched for possible inclusion on the program by TasteTV editors, as well as recommended by associated awards judges composed of Bay Area food & wine writers. 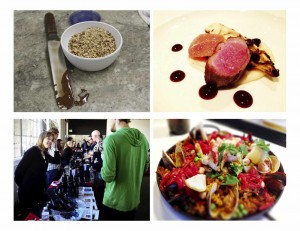 Viewers Choice Voting for the final six winners in each award category took place from May through June 25, 2014.