8 Lobster Rolls to Seek Out in the Bay Area

Dungeness crab​ is the crustacean king of San Francisco but we have a soft spot for lobster too. Luckily, you don’t have to fly to New England for an outstanding butter- or mayonnaise-tossed lobster roll. Whether you're looking for a low-key take-out version or a spruced up rendition in the FiDi (with equally outstanding fries), these lobster rolls could compete with Maine’s best. 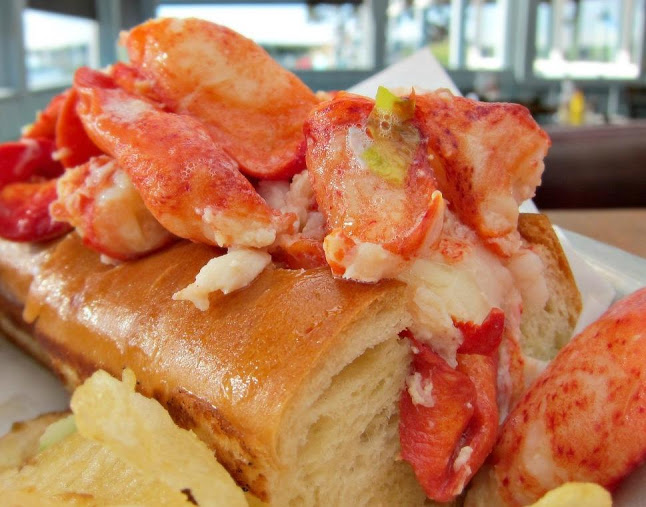 Sam's Chowder House
This sprawling, consistently packed Half Moon Bay destination along Highway One is known for three things: gorgeous Pacific Ocean views, chowder and lobster rolls. Indeed, the buttery oversized chunks of lobster fill a griddled bun that can't hold most of the meat after the first bite. And there's something special about enjoying a New England coastal staple while gazing at the Pacific. You'll get the same goods, minus the views, from Sam's roving Chowdermobile.